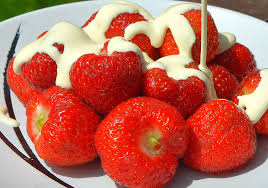 There doesn't seem to be a connection with work but a recent article in the Telegraph highlighted that male and female players have been earning the same prize money at Wimbledon since 2007. Each singles' champion will earn £1.88 million this year despite some controversy around women playing the best of three sets and men playing the best of five.

The winning team of the Women's Football World Cup 2015 received the equivalent of £1.28 million as reported by Think Progress.  Compare that to the team winners of the Men's Football World Cup 2014 who received £22 million. Reasons for the difference in winnings include the Men's World Cup generating more money and the Women's World Cup not having been going for as long as the Men's. It could be some time before the winners of both World Cups earn the same prize money.

Coming right back down to earth, men and women in the UK who carry out work that is similar or broadly the same are entitled to equal pay. Employers can pay different rates of pay if there is a genuine reason not based on the employee's sex. If you are wondering whether or not your employer is paying you the same as someone of the opposite sex doing the same or a similar job then you could write to your employer and ask for information.

Don't be afraid to ask colleagues in your workplace what they are earning. An employer can't stop you from talking to others at work about your salary to find out if you are being paid differently for doing the same job.